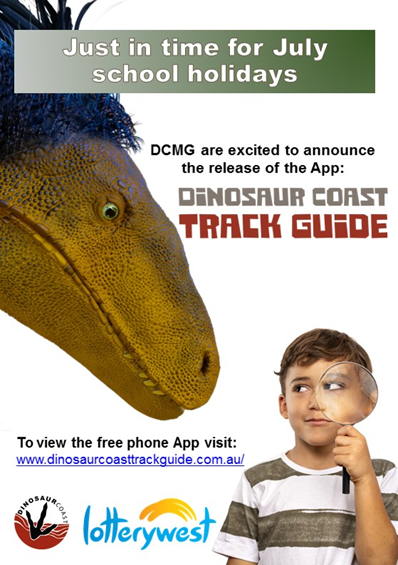 This free, user-friendly app can help you identify 130 million-year-old dinosaur tracks along the Dinosaur Coast.

Learn about the tracks and the dinosaurs that made them.

Similar to a bird identification guide but much more interactive, the app has 360 deg 3D images of the Broome coastline 130 million years ago and the most scientifically accurate rendered images of the dinosaurs local to our area.

There are activity guides for the kids, tide charts, and a menu to learn so much more.

For budding paleontologists of any age.

Download the App to your phone – available for Android and iPhone