During the Early Cretaceous Period, Australia formed the eastern peninsula of the fragmenting supercontinent of Gondwana.

It was connected to eastern Antarctica and New Zealand, with a vast seaway covering much of present-day Queensland and Central Australia.

From mountains to the north (the Wunaamin-Miliwundi Ranges), rivers flowed into the Canning Basin, with the Dampier Peninsula forming part of the delta system. 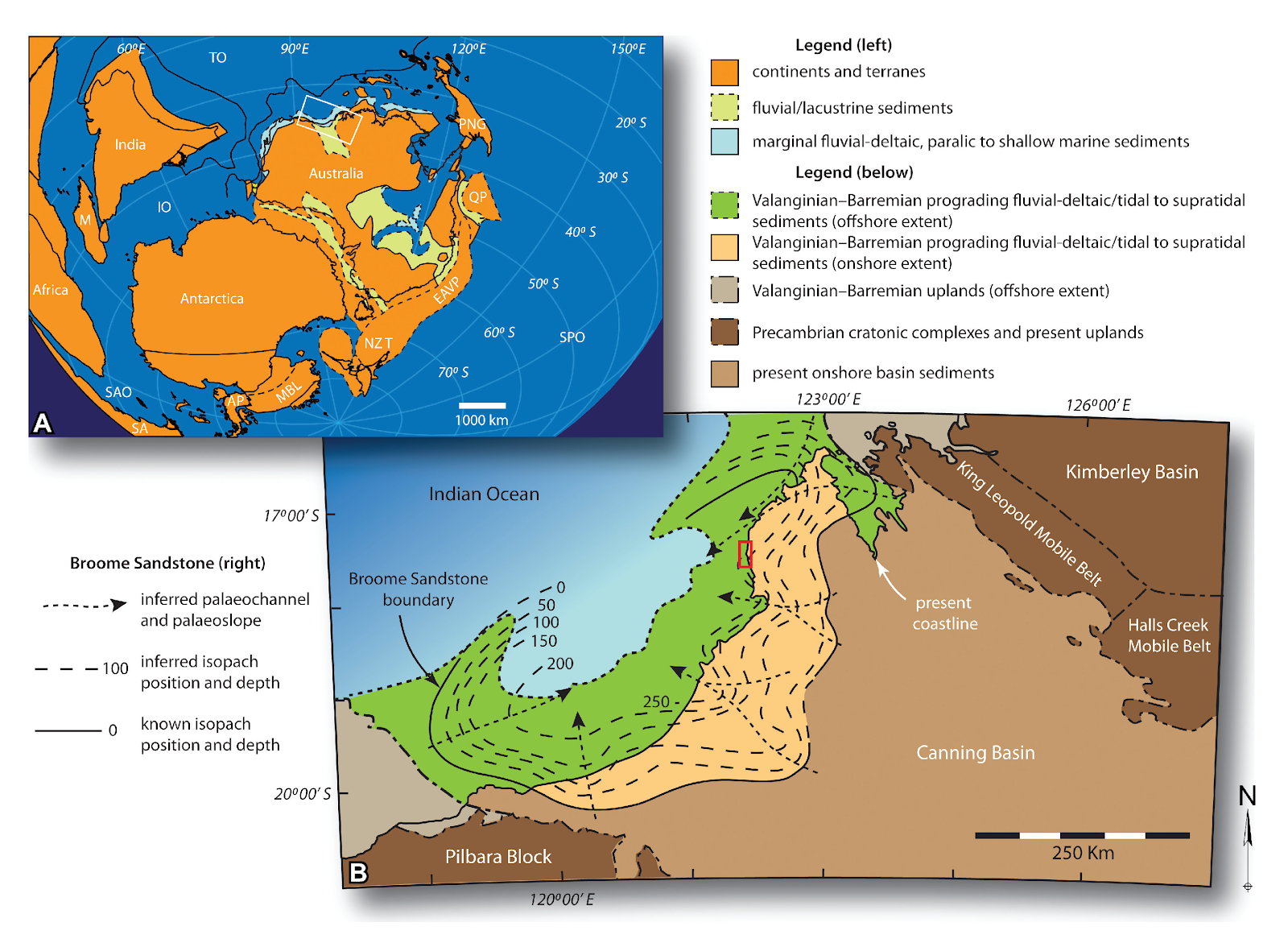 The climate was warm but seasonal, supporting fern-dominated coastal marshes and swamp forests. Monkey-puzzle trees and podocarps (southern coniferous) were the only large trees and the understorey was dominated by ferns and primitive cycads.

Occasionally, dinosaurs would emerge from the forest to cross the sandy tidal flats or abandoned river-channels, leaving tracks that would persist for millions of years.

The dinosaurs walked over muddy/sandy wet ground, which then dried out, and the imprint stayed. Over time it was filled with more and more sediment. The sedimentary grains bound together with mineral cement and turned into rock.

This rock is known as the Broome Sandstone. It is 127-140 million years old.

Erosion and weathering wear down the rocks and reveal the tracks. These are known as trace fossils. Trace fossils are special. They tell the story of what the dinosaur was doing the day it walked across the land.