The final track we are featuring in ‘Making tracks for the Kimberley’ is Luluichnus mueckei.

The ichnogenus name honours the late Paddy Roe OAM, who also went by the name of Lulu.

Paddy Roe was a Nyikina and Goolarbooloo elder, and former Traditional Custodian and Law Boss for Jabirr Jabirr, Ngumbarl and Djugun country, the Northern and the Southern traditions of the Song Cycle that travels along the coastline of the Dampier Peninsula, and the dinosaurian tracks of the Broome Sandstone.

The ichnospecies name honours Professor Stephen Muecke, an ethnographer who spent many years with Paddy Roe documenting and writing about his stories.

Perhaps their best-known collaboration was the ground-breaking ‘Reading the Country: Introduction to Nomadology’ with artist Kim Benterrak in 1996.

During the mid-80s, the three authors traversed Roebuck Plains in an attempt to ‘read’ and re-imagine the stories bound up within the country.

Luluichnus mueckei celebrates that journey and relationship; a dinosaur track that is also intimately woven into the fabric of the Dampier Peninsula.

The pedal tracks show three, short stubby toe-impressions, while the manual tracks are oval-shaped with minimal evidence of finger impressions.

These characteristics are indicative of a quadrupedal thyreophoran, most likely a small stegosaur with a hip height of around 1m.

Tracks now attributed to Lululichnus mueckei were among some of the first stegosaur tracks in the Broome Sandstone to be reported in the scientific literature in the early 1990s. 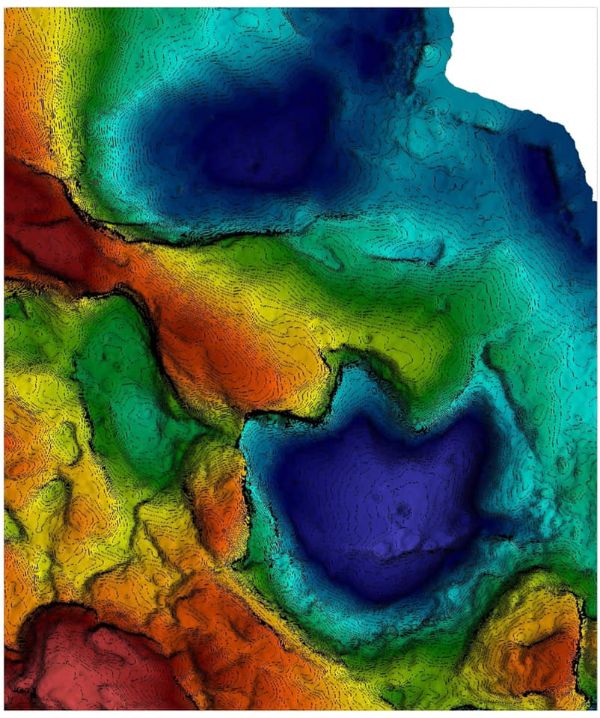 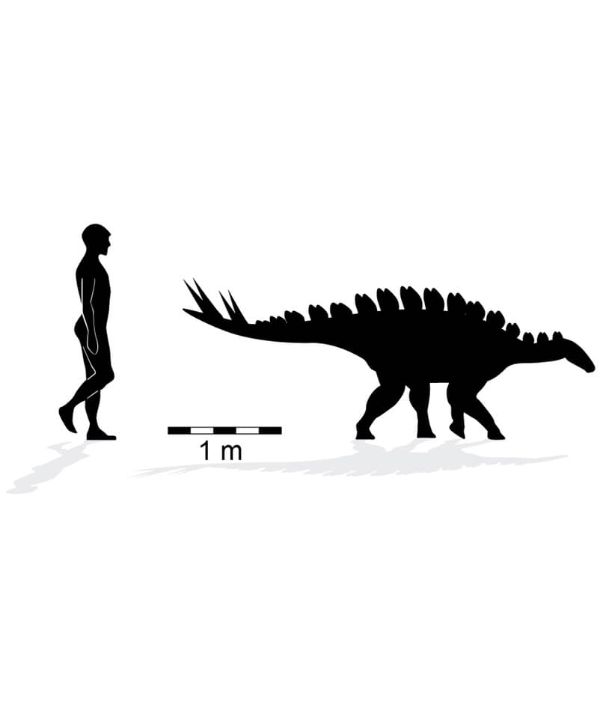 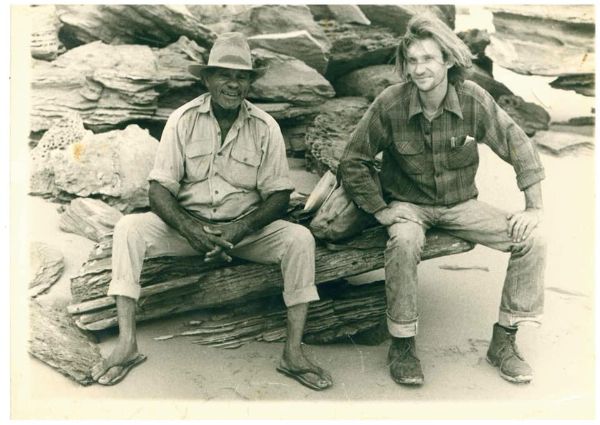 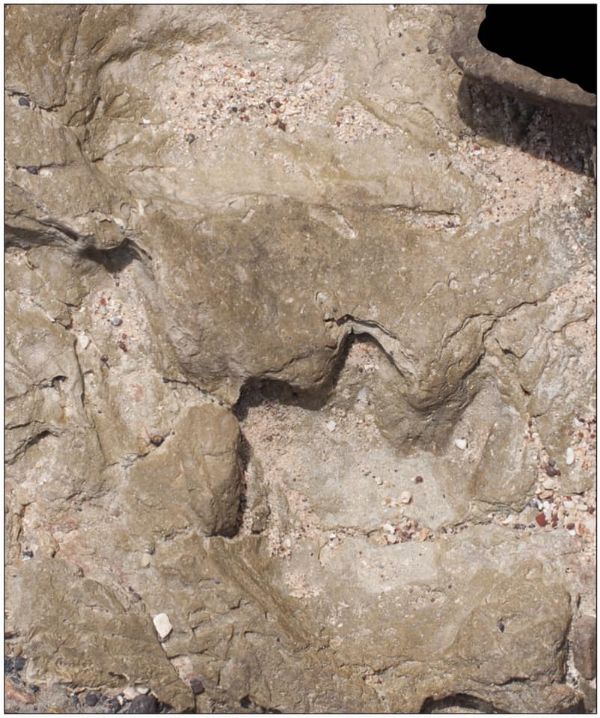 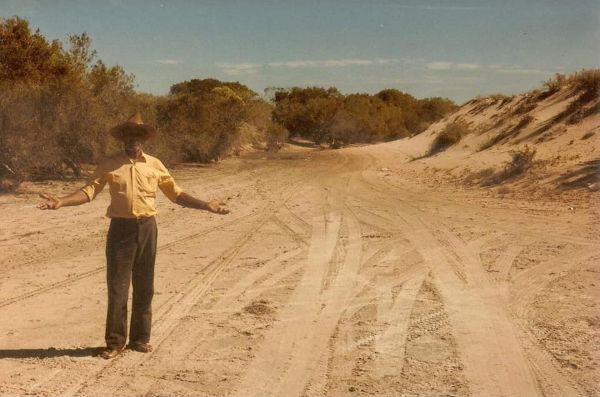 Paddy Roe (a.k.a ‘Lulu’) at Minariny, welcoming everyone to the Lurujarri Trail, around 1985. Photo Stephen Muecke. 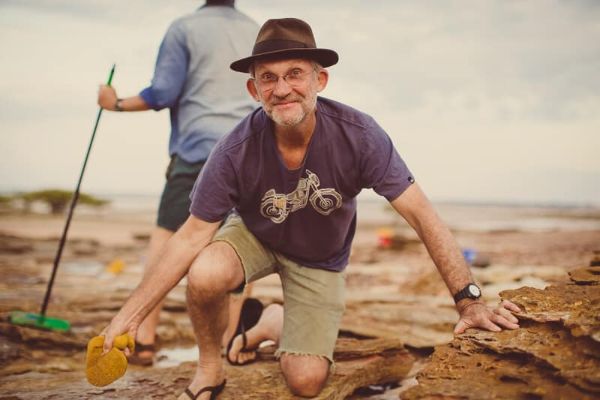 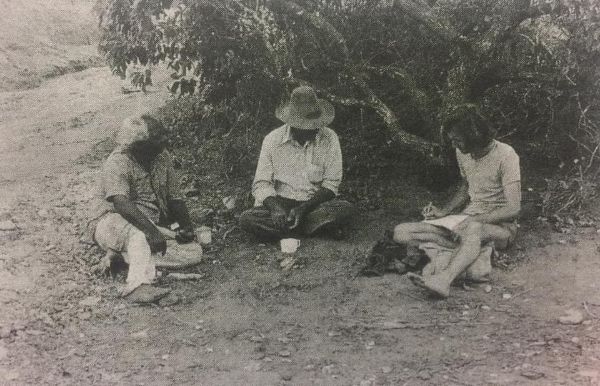