Making replicas of tracks is an important part of their scientific documentation.

If a particular type of track is to be formally named or described in a scientific publication, a record of it needs to be made available for future reference.

This normally means that a reference specimen is accessioned into a public museum where it is cared for in perpetuity.

With fossilised dinosaur tracks, this often not possible and/or not appropriate.

Given their cultural significance and unique location on the Kimberley coast, removing tracks from the Broome Sandstone is not really an option.

Creating both digital and physical replicas of tracks offers a much more desirable alternative.

Multiple physical copies of tracks can be made for research and display purposes, while digital copies can be shared through a range of media.

At the same time, the original tracks remain in place, with their geological, natural and cultural heritage values intact.

These photos show how parts of this process were undertaken at Minyirr (Gamtheaume Point), where well-preserved theropod tracks assigned to Megalosauropus broomensis form part of a Bugarragarra (Dreamtime) story about Marala, the Emu Man.

A physical replica of one of these tracks will form part of the set that the UQ Dino Lab are creating for the DCMG! 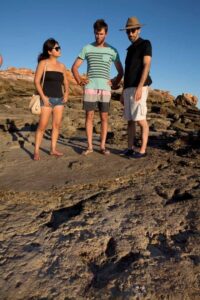 The theropod tracks at Minyirr (Gantheaume Point) have been well known publicly for many years, and are popular among tourist. 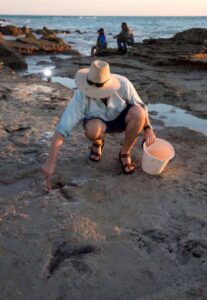 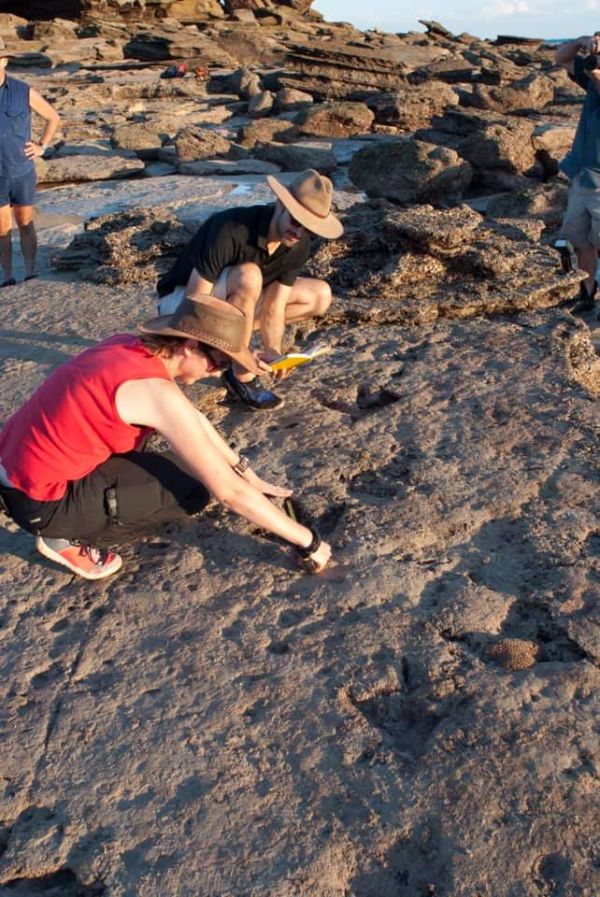 Where tracks are preserved in natural sequences (i.e., as part of a trackway), these data provide important insights into trackmaker behaviour.

Information from the rocks the tracks are preserved in can also help unravel information about the sequence in which they were made, as well as the environment the dinosaurs inhabited. 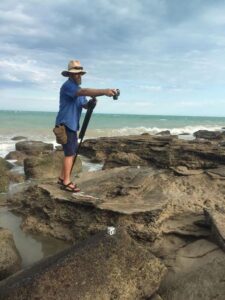 Dr Steve Salisbury photographing some of the theropod tracks at Minyirr.

Multiple, overlapping photos can be used to create 3D digital representations of the tracks through a process known as photogrammetry.

This image appears in a scientific publication about the tracks at Minyirr (Romilio et al. 2017).

A physical replica of this track will form part of the set that the UQ Dino Lab are creating for the DCMG!